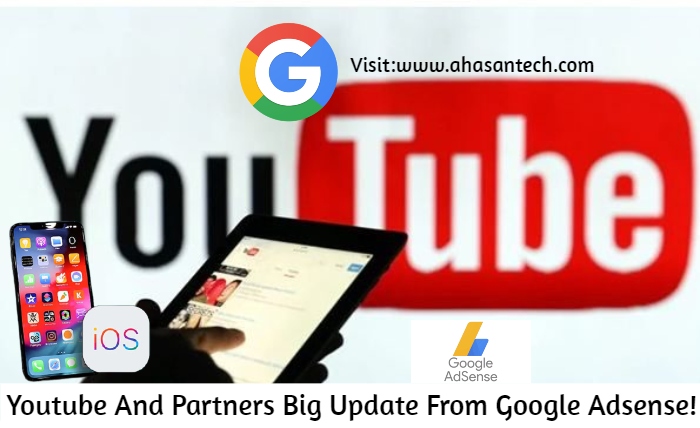 I hope you are all well. Google has come up with a huge update for those of us who are content creators. Updates will be useful for everyone, so read this post carefully.

YouTube, websites and mobile applications are one of the major sources of online Google AdSense revenue. As the days go by, more and more content creators are turning to YouTube for revenue. But this time, in a new announcement from Google, YouTubers and other partners have lost their heads.

The new rules will be introduced from June this year. Google has already started informing the YouTubers by mail. In the next few weeks, content creators will have to submit their tax information to AdSense, the email said. A deadline has also been set for this. This information must be submitted by May 31. Google will deduct 24 % of the total monthly income of other YouTube partners if tax information is not submitted to the AdSense account within the specified time. With the exception of the United States, this rule will be introduced in all other countries of the world.

The consolation, however, is that only income from the United States is taxable. This means that other YouTuber partners will have to pay a portion of their monthly income as tax on what they earn from American viewers. Not just advertising, but YouTube premiums, super stickers, super chats and channel membership - all of which will be tax deductible. You don't have to pay any tax on the money that other YouTuber partners earn from viewers in countries other than the United States.

However, if a country does not have a tax transaction agreement with the United States, its YouTubers will be deducted 30% of the monthly income from US viewers. In other words, out of 100 US dollars, 30 dollars will be withdrawn from the YouTube account.

Many content creators have criticized Google's decision to impose this new tax. Creators say YouTube's other partners are already taking a share of the revenue, so why pay a separate tax again? Google's decision could hurt small manufacturers, they said.