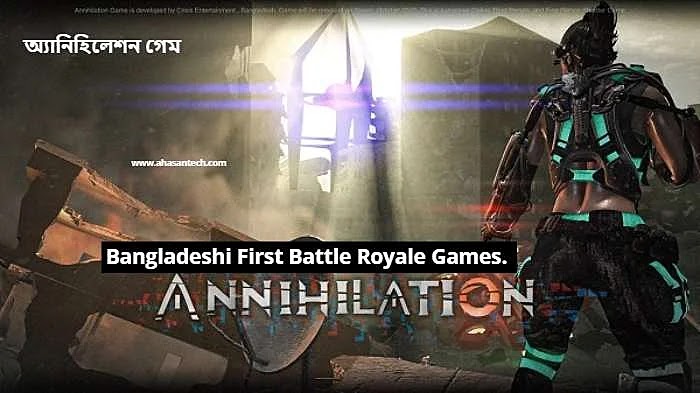 Annihilation Bangladesh First War Royal Game. Annihilation is the first sci-fi South Asian based war games. This is the first Bangladeshi developing war game. You can play this game on PC, PlayStation, Xbox, Android and iOS devices. This is an online multiplayer 5vs5 and 60 player battle royal shooter game.

You can easily play this game with high graphics. This is the only game that covers the Bangladeshi region (Chittagong). Team Death Match (TDM) has maps of other countries (Japan, Norway).

If you want to get the new Emotions of Annihilation game for free, pre-register in the Play Store now and mention your squad.

Bangladesh has huge talent in making games. This game is made by Bangladeshi local talent. This sci-fi game is our entry into the global 68 billion global gaming industry. This game is the first competitive multiplayer game in Bangladesh.

This game will be the first game in the world of an upcoming game in Bangladesh.

A few websites that are useful in the freelancing sector!

Free-fire PUBG Online games may be Banned in Bangladesh!

You will not find this language in Bengali. The reason for distributing this game around the world. This means that this game is not only for Bangladesh. You can get many Bengali language posters and banners. In this article, I see the trailer of this video game in the last paragraph.

You know that the games were not released so early in Bangladesh. We've heard some news but can't find those games anymore. However, Annihilation will be released in December. We saw that the first trailer of this game told us the release date of Anihilation Bangladesh Battle Royal Game in September.

Thanks for staying with us.